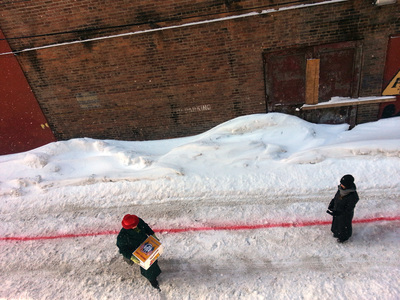 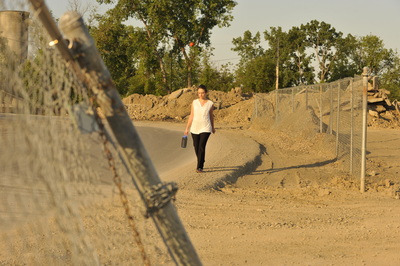 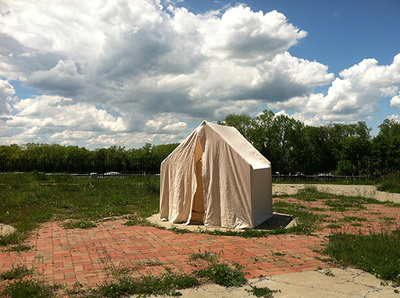 My work has been addressing themes of displacement since 2008, with the crash of the housing market and subsequent tent cities that began springing up in California and Nevada after many people lost their homes. Soon after, I began looking at other reasons people were being displaced throughout the world--the earthquakes in Japan and Chile later that year, the genocide in Darfur, the Gaza bombings, the continual unrest in the Middle East, and the disappearing cities like Detroit suffering from a mass exodus of industry and unemployment in a sinking economy.

The heart-breaking nature of these topics made it challenging for me to keep myself informed. It became increasingly difficult for me to watch or read the news. I felt unable to do anything to alleviate the suffering happening in the world. I was discouraged, and it seemed my research and work didn’t actually make a difference of any kind. Within three years, I stopped making the work, stopped reading the newspapers and watching the evening news. It was too draining to keep looking and thinking about such suffering. In some ways, it was easier to just ignore it.

In 2014 as war again raged between Gaza and Israel, I attended a seminar about the ethical implications of “attention.” In the class, I was challenged to identify what I was looking away from (I knew right away) and analyze the reasons for this. I was asked what the ethical implications of looking away or ignoring the subject might be. The professor suggested that although we are bombarded by a constant stream of difficult news and unthinkable situations, looking away (or being paralyzed by fear of ineffectiveness) will never accomplish anything. While we do not have the mental capacity to give our full attention to everything, every issue, I was challenged to look at something, even one thing. Making the conscious choice to pay attention is the only way that we even have a chance of making the world a better place.

Since that time, I have been trying to look again and wondering what that means. A lot of my work deals with how we (as American’s watching this happen on TV or the internet) are affected (or not) by this information. If we are affected, how do we continue to look at these difficult things that are happening in the world, how do we make sense of it, how do we create change as individuals? Part of that is being willing to pay attention, to keep paying attention, even when it’s hard. Another part for me is modeling (in our own lives) a way of being together and caring for each other as a potential solution, even on a small scale. I must continuously challenge my own assumptions and prejudices that I may be unaware of and work to undo those things. Change begins with me.

I have been particularly interested in the concepts around borders, embarking on long, continuous walks that are equivalent to the lengths of the borders of Gaza. During some of these walks, I invited people to walk with me and talk about the project and our own lives. This has opened up conversation as a medium to discuss an even wider variety of topics surrounding displacement today such as the Syrian refugee crisis, immigration and land rights issues, and homelessness. The projects in this series are ongoing investigations of the ways borders manifest themselves in our lives--whether geographically, personally, socially, emotionally, economically or otherwise.

Many of the projects have been completed in collaboration with fellow artist Michael Cunningham. For information on each individual project, please select " The Border Projects (2015-current)" under the work tab above, and choose a project. 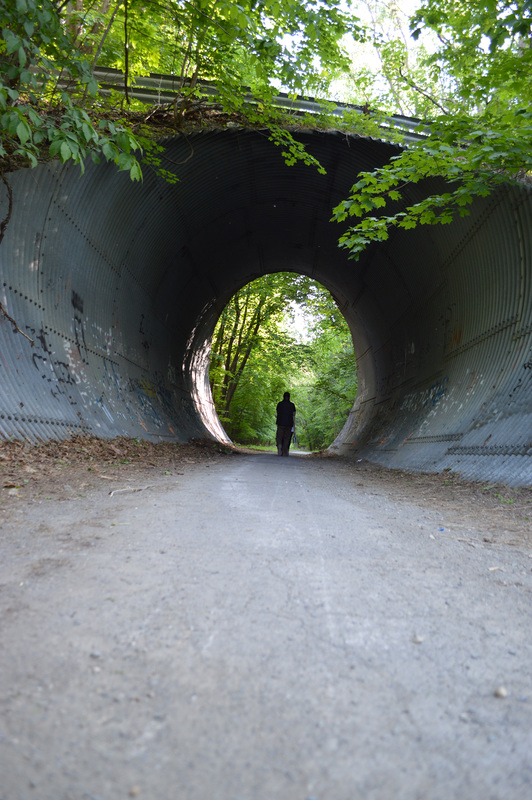